They should’ve settled at not killing us. Issabout to be a revolution. #BLM

Cancel Culture. Dismantling racism one celebrity at a time

Masks are the new American Express cards…. “Don’t leave home without it.”

“WE ARE ABOLITIONISTS. Solidarity in the Struggle to End Police Terror and State Violence” by Abolitionist Law Center https://link.medium.com/4QO6q0C556

Beyond corporations giving financial support to groups that are defending the lives of Black people, corporations have an obligation to work on equality in the workplace. The disparities in salaries, promotions, visibility is often overlooked because no one is overty racist.  But Black people get paid less, promoted less and are given less opportunities in the workplace.    Corporations have to dig deep to address these issues.  A hashtag will not do.

“WE ARE NOT OUR ANCESTORS” is disrespectful AF. WE have had almost 150 years of “freedom” and what have we done… without shackles? 40 million Black people in the U.S. and a few thousand Black protestors out in the wake of the murder of to #GeorgeFloyd. Get a grip. Don’t let them lie to you. Our ancestors were killing slave owners! Know your history. Don’t let these white people tell you that our ancestors were just singing negro spirituals waiting to be saved. Because that’s a lie. That’s them making you think that good white folk freed you. No. We were fighting before the civil war.

There was wide spread attempts to escape slavery. There were plots to kill the slave owners and the overseers. Black men and women risking life and limb to escape to “freedom.” According to brittanica.com, “Estimates of the total number of slave revolts vary according to the definition of insurrection. For the two centuries preceding the American Civil War (1861–65), one historian found documentary evidence of more than 250 uprisings or attempted uprisings involving 10 or more slaves whose aim was personal freedom.”

We have to be careful. We have to understand our past in order to move towards our future. We can’t just assume that our formerly enslaved ancestors were weak people who just prayed to a Christian God for freedom. This is historically inaccurate and does not serve us.

Constitutions can be rewritten and laws can be changed. The freedoms of Black people are, at this time, wholly dependent upon people who don’t GAF about us. Unless we fight for real change…. real freedom, it will be more of the same. We have to continue on this path of active agitation. We are not our ancestors, we have a long way to go. 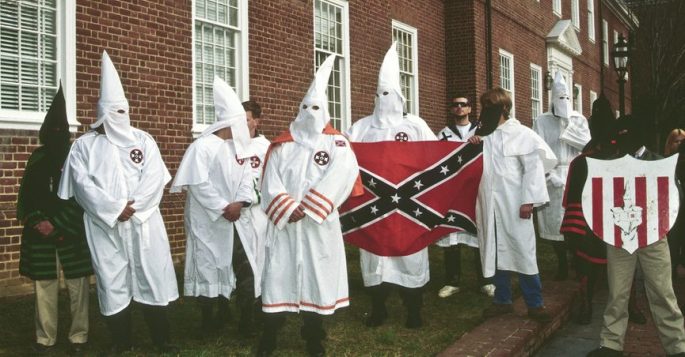 ‘What if” the KKK infiltrated the Democratic party the same way they infiltrated law enforcement? Think about it… Central Park Karen, Amy Klobuchar, and Joe Biden are all Democrats (well “actually” Central Park Karen supports the Dems.) This is different from the KKK having members in the Democratic Party. This would be secretive. This would be insidious.

It’s becoming clearer every day that the Democratic party does not serve the interests of Black people. Yet, as a general rule, Black people continue to give their votes to the Democrats. Why do I say give? Because they don’t earn our votes. They don’t even try anymore. It’s “we’re not them.”

The Dems’ position has been moving further and further to the Right since Ronald Regan. We moved past center with Bill. Substantial deregulation and the 1994 crime bill were both championed by Billary. So exactly why we stay faithful to a party is not a mystery. We have been conditioned to believe in the two party system. We have been conditioned to vote for the lesser of two evils. But blue and red look more like “bled.” It’s hard to see the difference in the two parties.

Democrats today basically say “If you don’t vote for us, we’ll let the Republicans do more to you than we would.” We, Black people, have to demand better than them not being Republicans. They never fight for us. They never make our priorities theirs. But more than that, Democrats seem to ignore the injustices that plague Black people in America. And in some cases, they contribute to the injustices. You have to wonder who they are serving. Because it isn’t us. If the KKK leads both the House and Senate, the KKK is effectively running the U.S.

Assata Shakur told us many years ago about the evil ways of KKK and the U.S. government. #COINTELPRO If you don’t know about it, read “Assata.” It’s a treasure trove of information that we all need to understand.

Hold onto things that make you feel good inside. Remember the warmth of the greatest hug you ever had. That warmth is energy. That energy is light. That light is love. Carry that with you always and you will radiate warmth. You will glow like embers in the fireplace. Except your light will never fade. Remember that you are light and it will get you through the darkest times. May your light shine bright, Sis ✊🏾❤️✊🏾

Netflix announced that they would start cracking down on people sharing Netflix passwords. Admitting that the older the age group the less they share passwords. It’s a problem with the millennials. So they’re going to start this major technological initiative, confirming IP addresses, just to find out that the reason why millennials don’t pay for Netflix is because they don’t have any money. Their revenue will not go up. It will remain the same. Or will decrease. Because people who share passwords often share the cost. 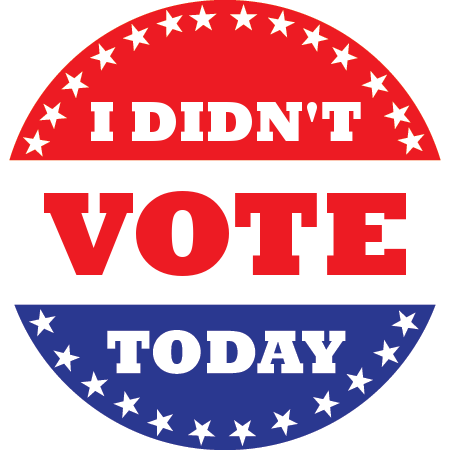 It is 2018 and when you listen to Malcolm X or The Rev. Dr. Martin Luther King Jr. their words still hold true. Why is that? Because voting stops resistance and stifles change.

“If voting changed anything, it would be illegal.”

What’s illegal? Mass protests. You may say, “it’s not illegal, you can get a permit,” or “as long as it is peaceful and not disruptive.” Permits can be denied. Peaceful is subjective and if we don’t disrupt things, what is the purpose of a protest.

Black folk continue to walk into the voting booth like they walked into all of those white owned stores, proud that they now had the right to use the front doors to give white folk their money. Black businesses gone.

They fought and died for our humanity. Voting and equal access were the vehicles they thought would bring us humanity. If Malcolm X were alive today, do you think he would be sending you to the voting booths? The Rev. Dr. Martin Luther King Jr. would not STILL say “voting is the answer” after seeing decades of proof of that just not being true. He already feared that he was integrating his people into a burning house.

And here we are celebrating a victory, to vote, to participate in a society that rejects us on every level, still. No Thank You

The right to vote is the right to remain silent. MLK would not STILL say “voting is the answer” after seeing decades of proof of that just not being true. We have been given the opportunity to hurry up and wait. We have been given the opportunity to have others speak for us and determine which issues are important. This was not the dream. If EVERY person has to vote for my people to be equal, we have already lost